Most of you know by now that I have a bulldog named Spike.  He is the apple of my eye except when he tries to eat cars.  :) 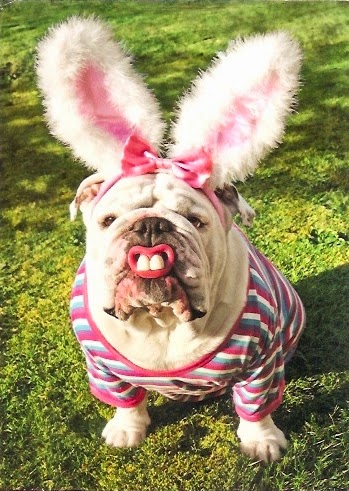 The 2nd picture is an Easter card that I got from my friend Jenny Doan.  I have never seen anything quite so hilarious in my life.  She said she just couldn't resist getting it.
Thanks Jenny.
I don't know whether Spike was amused or not but we certainly were. 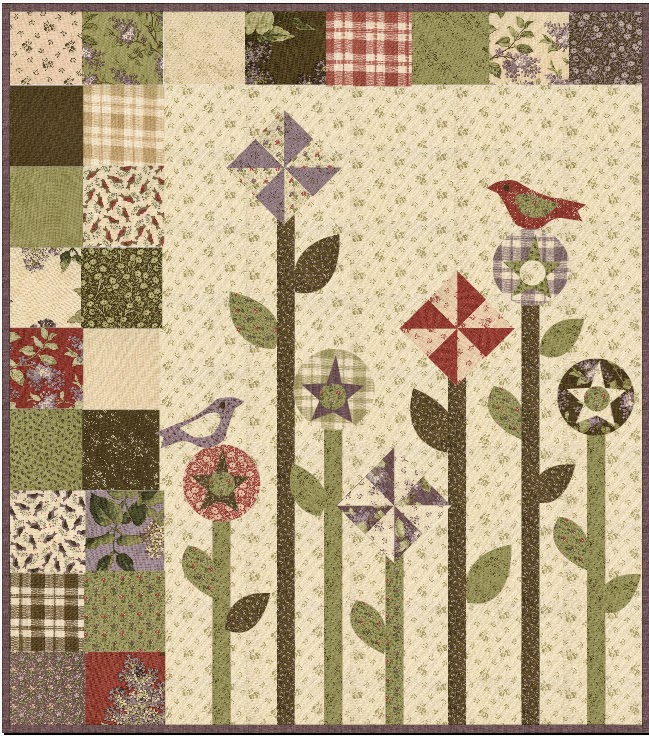 And this is Jan and Jenny's Garden.  We designed it together before she started traveling all over the world - or at least most of the United States.
It's still one of favorite spring wallhangings.
Her card reminded me of it so I'm putting it on special - 15% off the pattern - for the rest of the week.
And I think you get a free scrap bag with any order this week.
Pretty good deal.
A chuckle to help with the rain and grey days and a bargain to boot.
Thanks Jenny.