Welcome to Day 3 of the Moda Designers Blog Hop.

Day 3 is my Day, shared with two other great Moda Designers.
It's also my birthday.  And I have a birthday sister Cherie Ralston, so if you see her be sure to wish her Happy Birthday.  She's a lot younger than me though, just a spring chick.

Anyway, the theme of the Blog Hop, as I'm sure you know by now, is "Buzz about your Hometown."
I've been reading with interest about Barbara Brackman's Lawrence, (know it well - both Pep and I went to KU), Pat Sloan's very urban neighborhood and Aneela Hooey's home just down the street from Queen Elizabeth's Windsor Castle.
Well, my neighborhood is a little different.  While our address is Cameron, Mo., we don't live inside the city limits.  But I'll tell you a little bit about it anyway. 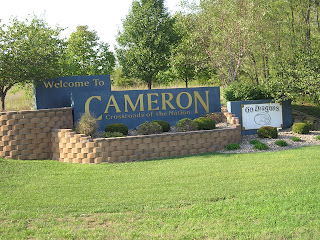 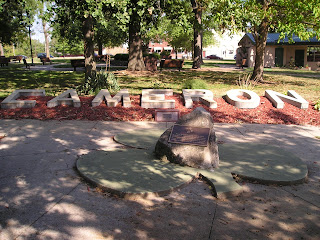 Since Cameron isn't a county seat, we don't have a square with a courthouse in the middle.  Instead we have a square with a park and a bandstand.  In the summer there are band concerts and dog shows and barbeque contests in the park.  I think I like a park better than a courthouse.
My daughter Kelly and Jake and Zoie live in an apartment on one side of the park.  I ran up to their apartment to borrow a stool to get high enough to take this picture.  It's what happens when you're short.  I took it back and told her I was off to take "pictures of scenic Cameron"  :). 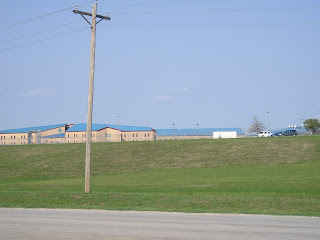 Cameron is an hour north of Kansas City, Mo. and is, to a great extent, a "bedroom" community. Pep works in Kansas City and commutes every day (we have a Yaris that gets 40 mpg) as do a lot of people who live in Cameron.
When we moved here 40 years ago there was a population of around 4500.  Most rural towns have shrunk in size but Cameron has grown.  We now have around 9000.  We did it by building 2 prisons, a Maximum Security prison and a Medium Security prison.  (I don't think the prison population is included in the count.) 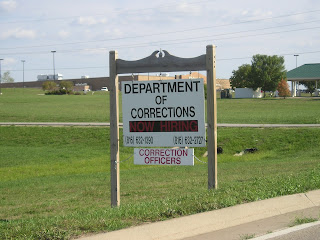 The prisons do provide employment and you need jobs to keep people in the area. 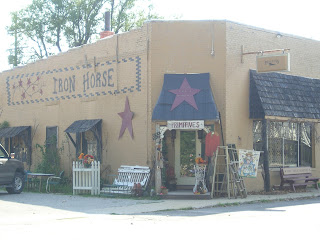 We also have some fun stores in the area - a great primitives store full of antiques and really good local crafts you don't find anywhere else.

AND TWO, count them TWO local quilt shops.  (When I first moved to Cameron, I had to drive to Liberty - about 45 minutes away - to find a quilt shop.) 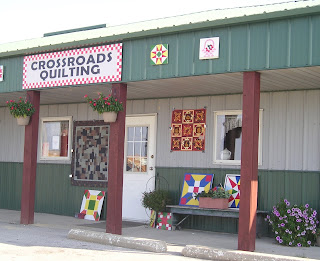 Crossroads Quilting is in Cameron itself and is the home of 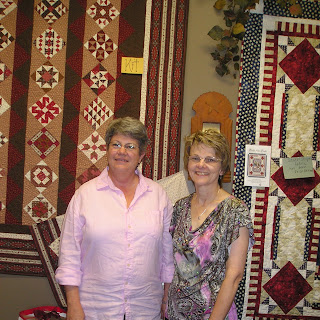 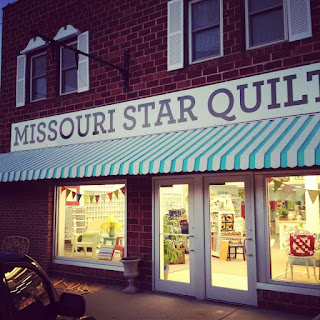 Missouri Star Quilt Co. is about 12 miles away down 36 Highway and is the home of 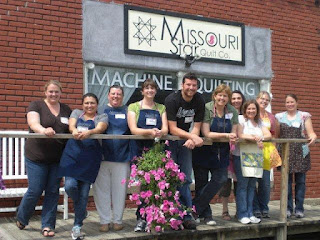 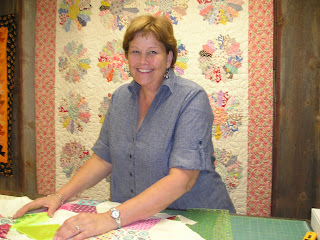 Jenny Doan.  It is so nice to have her in the area.   We are "compadres" even if we only get to see each other every few months because we're both sooooo busy.

Back to my home.  If you're coming from Kansas City, you get off I-35 about 6 miles before you get to Cameron and turn right. 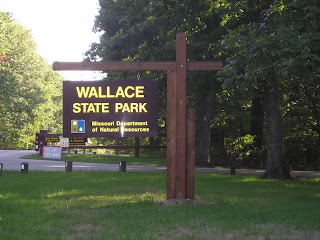 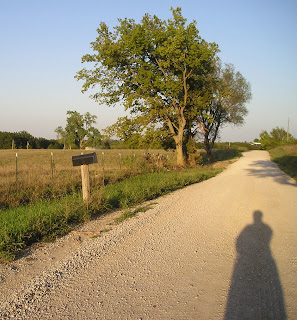 a black mailbox on Last Dr. 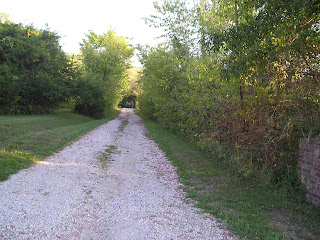 Then turn right again and go up our drive 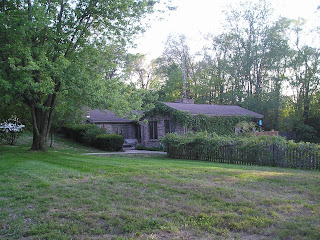 Not as exciting as down the street from Windsor Castle but just right for who it's for. 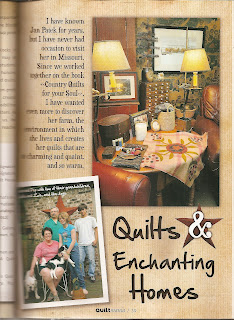 Carol Veillon and Guy from Quiltmania dropped in for a surprise visit before Quilt Market last spring.  (She had emailed asking to come but our email Black Hole Syndrome had hit and I never got the email.)  She took a chance anyway.  I just love her to pieces.  We were packing for Market, Pep in his scrubs, me in my work clothes and the house full of piles of things.  They just moved things around (don't look behind the couch or under the table) and Guy worked his magic.  It is an awesome article and I thank her very much.  I have a few for sale and you can get one by clicking here. 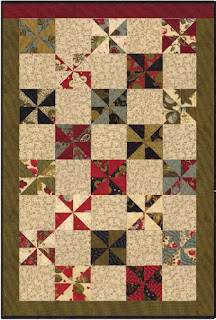 Now for the part you really came for - the goodies.  Here's my little quilt I made with the Fellowship Candy.  To download the pattern to make it click here. 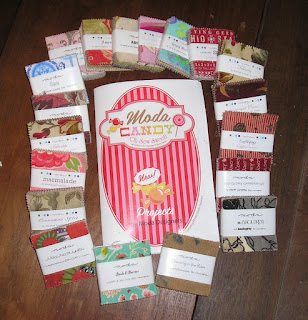 At Market last spring I got the idea of running around and gathering Candy from the designers that were there.  I didn't get all of the Mini Charms because I didn't think of it early enough but I got quite a few.  Anyway, I have a set of the charms and the book with all of the patterns made from the charms (or candy pieces).
I'm also throwing in a Charm Bundle and Turnover from Fellowship and a set of the 7 patterns I did using Fellowship.
Make a comment, any old comment and we'll have the random number generator pick a winner on the 14th.
And don't forget, any orders over $50.00 during the Hop get free shipping if you type in MODA.

have in store for you.