This is Bully and Sniff last December in the garden. Sniff was a Welsh Corgi. He and Bully were the same age within a couple of months and they were great pals. Actually he was Jake's Welsh Corgi. When Kelly and the kids moved to Cameron from Lexington they rented a duplex. It didn't have a fenced in yard so Sniff had to be put on a lead whenever he went outside. Since Corgis are herding dogs, Kelly would bring him out to the farm whenever they came so that he could run. After awhile he started hiding when he saw signs of leaving. He would go under beds, in closets, behind the barn - whereever he could think of - and he wouldn't come out until they had left.
Kelly and Jake finally gave up and said he could stay here - Jake is out here all of the time anyway. 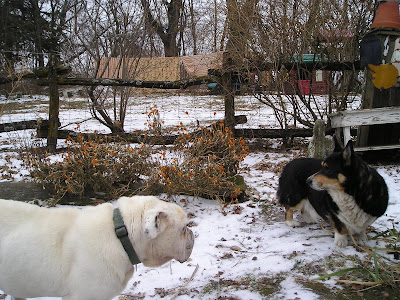 He died the day after I left for France. We don't know why - he hadn't been sick like Bully had - showed no symptoms. He had been off is feed a little and I had told Pep that after Market I was going to take him down to my brother's for a check-up. My very nice husband didn't tell me until I got home so as not to make me sad on my trip.
Corgis are awesome dogs. We miss him a lot. And Bully doesn't like being an only dog.
I had been going to get Bully a little brother this summer anyway so we decided to look. 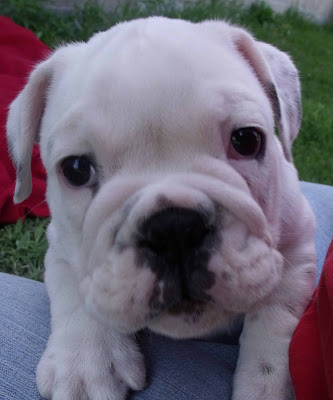 I'm pretty sure that we're going to get this one. I put a deposit down on him. He's the one Pep likes. 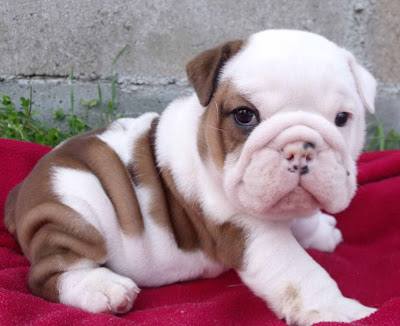 But nothing is every simple. I just love this one too. Decisions, decisions. I've kind of decided that we'll put the deposit on the white one (Spike) but if the 2nd one hasn't been bought by the time I get back, I'll see if I can meet them and see which one fits best. From the personality description, I'm still pretty sure it will be Spike - but you never know. 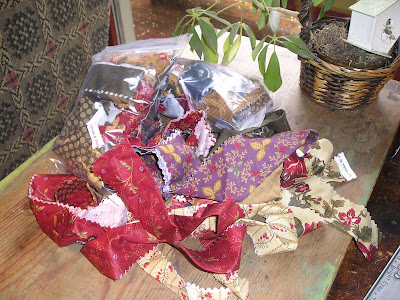 Back to the other part of my life. These are scrap bags full of the Together fabrics sent by Moda. I'm taking one box full of them to Market.
I'm keeping another box full for a Freebie Friday when I get home. No time before I leave so be watching for the give-away. I just love getting fabric! Isn't it neat!
Back to packing.
Posted by Jan PATEK at 11:50 AM