This is Cabin in the Pines, the February Quilt of the Quarter that will ship this month. If you belong to the Quilt of the Quarter Club, yours will be on the way soon. If you don't belong to the club, you can still buy one by clicking here. And if you like big quilts and my quilts, you might consider joining. You'll get 4 kits each year and you'll get 15% off of all of them. A pretty good deal. 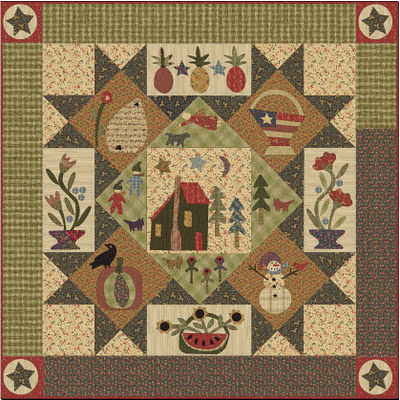 Oh my - what a month. It just sped by with lots of things going on. And I'm not sure why but we got really behind for some reason. This is the first block of the Collector Series, our 2012 Mystery Quilt. The Mystery Quilt block is supposed to ship around the 15th of the month. This one didn't ship until the 27th :(. 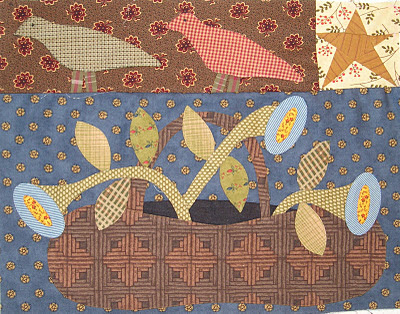 Here is the 2nd block. It WILL ship around the 15th. 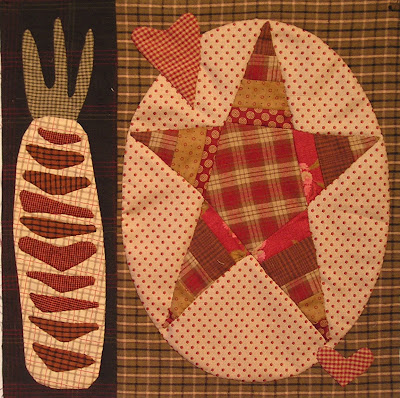 That's when we ship them. When they get to you is another matter. Tori drives all of our mail to Kidder, a small town nearby. Her late husband's father is postmaster there and he makes sure they all go out. That has solved a lot of our problems but there are still a few. What we have noticed is that there are certain customers who don't get their blocks for 3-4 weeks - the same ones every time. One of them is a good friend of mine. She lives in Lee's Summit which is an hour away but it takes 3 weeks for the block to get to her.
Please, people, don't call my office person a liar when he or she says we have shipped your order just because you haven't gotten it. Most of our customers are neat people but every once in awhile I think a nonquilter sneaks in somehow. Quilters aren't rude :) 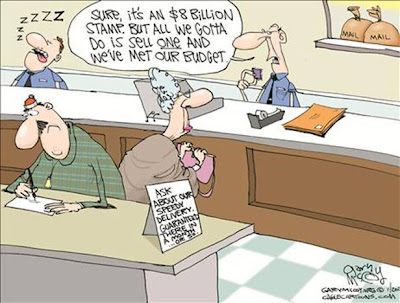 Pep sent me this cartoon to post. The sign on the front desk seems to indicate that we're not the only ones having this problem.
Anyway, this is the Mystery Quilt with the 1st 2 blocks drawn in. 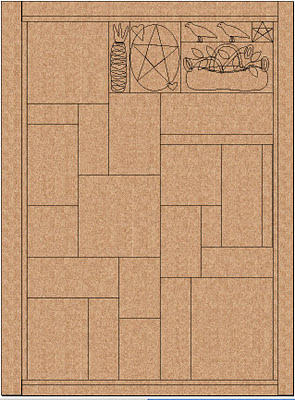 This is Zoie last night holding her very chubby guinea pig, Phoebe. We purchased Pheobe for Zoie just before Christmas and she and Zoie are awesome friends. We decided last night, however, that Phoebe really probably shouldn't have her food to eat at will. She has gained a lot of weight since we got her as a young guinea pig. 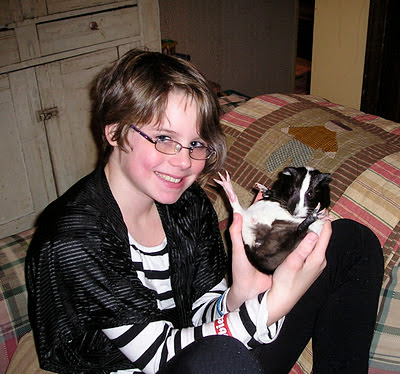 And these are the two baby guinea pigs that Phoebe had last night after we went to bed.
Obviously she was pregnant when we bought her. We won't even talk about how excited Zoie is. And she said she felt really guilty about calling Phoebe a "Chub-gut". :) 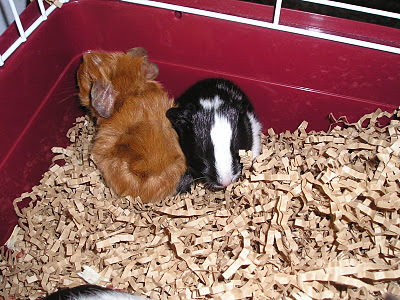 We printed pictures for her to take to school.
I'm still not making Phoebe a quilt though :)
Posted by Jan PATEK at 12:20 PM